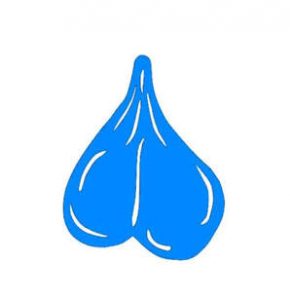 Firstly, blue balls is not dangerous or harmful and is most definitely not an excuse to pressure anyone into having sex. Please do not use it as an excuse nor acquiesce to someone using it as an excuse.

The term “blue balls” is a widely used colloquialism to describe the dull, aching sensation in the testicles after high, sustained sexual arousal unrelieved due to lack of orgasm and ejaculation (Chalett & Nerenberg, 2000).

According to slang lexicographer Jonathon Green, the term blue balls dates back to 1916 and originally meant “intense sexual frustration.” The word “blue” likely alludes to the meaning “sad,” characterizing a man’s frustration. However, its been suggested that the presence of deoxygenated blood, which is bluish in color, around the testicles explains the “blue” in blue balls.

There is a dearth of medical literature acknowledging the existence of blue balls. Some studies with rabbits found that sustained sexual arousal increased sperm production (Amann, 2009) and increased the transport of semen along the epydidimis (Ambriz et al, 2002).

While the pathophysiology is unclear in human males, it has been hypothesized that the acceleration of semen transport and the accumulation in the excurrent ducts causes pelvic venous dilatation and increased distension of the epididymis, thus urologists refer to blue balls as epididymal hypertension (Segura-Sampedro, 2016).

Its been anecdotally reported that a similar thing happens when blood flow to the female genitals increases with sexual arousal. This is sometimes called “blue vulva” and may cause feelings of aching or heaviness around the clitoris and vulva.

In either case, this feeling will pass when blood flow returns to normal, either after orgasm or when the arousal subsides. If you’re really uncomfortable, it can help to learn how to move energy from your sex center using breathing and movement or try simply having a cold shower or dunking your testicles in an ice bath.