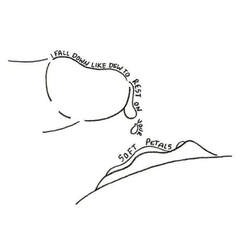 What’s your partner’s relationship with your ejaculation?

Something I encourage couples to do is experiment with intentionally not ejaculating when they’re being sexual. I invite them to take ejaculation off the table for a few weeks.

I ask them to do this for a few reasons. One reason is because it often brings up unconscious stories they have about ejaculation. I refer to these stories as the unspoken or unacknowledged symbiology of ejaculation.

Ejaculation is usually considered a symbol of the man’s pleasure. If he ejaculated, he must’ve enjoyed himself. Many people share this opinion. So, if he doesn’t ejaculate, one story that arises is that he hasn’t had a good time. Of course, this typically isn’t the case and sex can be pleasurable without an ejaculation.

Another related story that pops up is that of self-esteem for his partner. If he doesn’t ejaculate, his partner may feel that they’re not attractive enough or they haven’t done enough to pleasure him or something is somehow wrong with them. This too isn’t typically the case and there are many reasons why a man might not ejaculate, such as choosing not to do so.

One other story that can be elucidated by abstaining from ejaculating is that of successful sex. For a lot of couples, sex ends with ejaculation, that’s how they know sex was a success. Without ejaculation, couples can explore what else there is to sex and how they want to wind down.