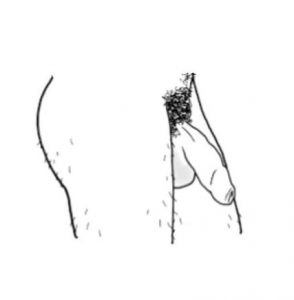 Men just roll over and go to sleep after sex, right? Well, one reason why men may be reluctant to cuddle after sex is a phenomenon known as postcoital dysphoria (PCD). This isn’t exclusive to men, as PCD has also been reported among women.

A 2020 study found that men specifically experienced feelings of unhappiness and low energy after sexual activity (especially following an ejaculation) whereas the most common experiences for women are mood swings and sadness.

During sexual activity, as a man builds toward ejaculation, a neurotransmitter called dopamine stimulates the experience. Among other things, dopamine inhibits prolactin. Therefore, there is an inverse relationship between the two. That is, when dopamine is high, prolactin is low, and vice versa.

So, ejaculation floods the brain with dopamine, creating a transitory spike. But, what goes up must come down. His reserve stores of dopamine have essentially been used up. That is why, after an ejaculation, there are substantial increases in plasma prolactin. This increase in prolactin is partly responsible for the refractory period, that period of time after an ejaculation when he can’t continue to be sexual.