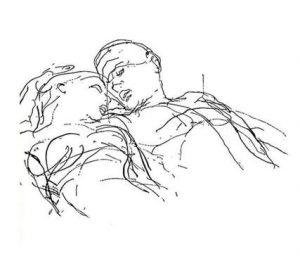 ​I speak a lot about the intricacies leading up to and during sex, but what are you doing after sex has finished?

Spouses who experienced stronger afterglow reported higher levels of marital satisfaction compared to spouses who have not (Meltzer et al., 2017). Specifically, after-sex affectionate activities, such as kissing, cuddling, and hugging, are crucial to sexual afterglow, playing a more important role in sexual and relationship satisfaction than foreplay or the duration of intercourse (Muise, et al., 2014).

The value of these behaviors is particularly high after sex, since they confirm that the relationship bond is deeper than a brief, superficial physical act. After-sex affectionate activities also prolong the duration of sexuality, thereby enabling it to have a greater impact on the relationship.

In fact, in a study of newlywed couples, sexual afterglow remained for about 48 hours after sex, and those with a stronger afterglow had higher overall marital satisfaction, implying that it is the afterglow, rather than the number of orgasms, which best correlates to the length and quality of the relationship (Danovich, 2017).

The pleasant sexual afterglow can involve the wish to have more sex. As Whipple and Brash-McGreer posit in their Circular Model of female sexual response, pleasure and satisfaction during one sexual experience can feed into the initiation of the next sexual experience. If pleasure and satisfaction were not met, it would decrease the desire for subsequent sexual interactions. Therefore, those who enjoy sex are more likely to enjoy it more, thereby enhancing their current romantic relationship.

So, take time to enjoy yourself and your partner after sex. Revel in the those pleasurable post-sex feelings and get affectionate with each other.