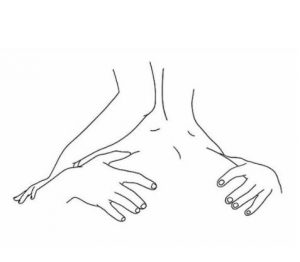 I’ve spoken before about how I think it is important for us to be mindful of the language we use to describe penises, moving away from words like “rod,” “bat” and “gun,” which equate the penis with an inanimate, weapon-like object.

It can be valuable to think of the penis as something softer and more tender in order to broaden our perception of penises and the people who have them. This speaks to the use of metaphor, the essence being understanding and experiencing one kind of thing in terms of another (Lakoff & Johnson, 1980).

However, it is also important to acknowledge and own the power of the penis. The penis is powerful. And, there a few ways that this power needs to be acknowledged. Firstly, the penis can and has been used as a weapon. For example, Javaid (2018) discusses nuanced findings about men who rape other men as a way in which to exercise power and control. This is the penis as a weapon of power.

But the penis can also be powerful without being weaponized. While it may be difficult to see the penis as something other than subtly representing dominance over others, the penis can be reframed, as it is in some cultures, as representing generative power or a potent source of pleasure.

Black feminist Minna Salami argues that we need to resist the idea that the penis does not embody sensuality, beauty and love, whether erect or soft. She further argues that it is important to shift away from patriarchal ideas of male sexual aggression which present the penis as a symbol of domination.

If you or your partner have a penis, I invite you to lean in and acknowledge the power of the penis. If you have a penis, own that power. All of that power, from the destructive to the generative, from the pain it can inflict to the pleasure it can elicit.