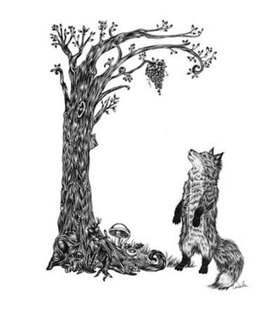 Our society holds expectations and judgements about sex, which creates sex-related biases. One example is the sexual over perception bias, whereby men are more likely to overestimate a woman’s sexual interest (Bendixen, 2014).

However, even though men have a tendency to think that women are more interested in them than they really are, there are instances where men falsely infer a lack of intent about sexual interest.

The following Aesopian fable gives one possible explanation as to why men may underperceive sexual interest:

Driven by hunger, a fox tried to reach some grapes hanging high on the vine but was unable to, although he leaped with all his strength. As he went away, the fox remarked, “Oh, you aren’t even ripe yet! I don’t need any sour grapes.”

Rather than admit his failure to reach the grapes, the fox rationalises that they are not really desirable. Similarly, a man who thinks he has struck out with a woman may attempt to save face by saying, “She wasn’t interested in me anyway,” even though she actually was interested (Luo & Zhang, 2009).

This may be especially true for a man who expects women to be sexually uninterested in him, which can be part of the belief in the sexual double standard, wherein men are lauded for sexual activity while women are derided for it.

Being aware of your own cognitive biases regarding sexuality is so important for challenging societal narratives and learning how to communicate more effectively with your current or potential sexual partner.