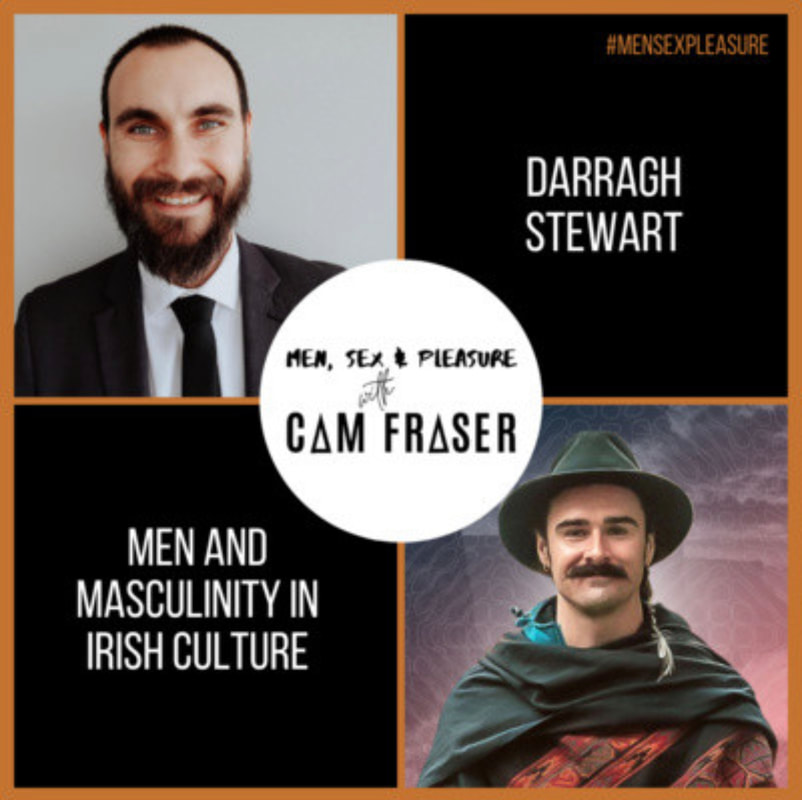 On this episode of the #mensexpleasure podcast, I chat with Darragh Stewart. Originally from Dublin in Ireland, Darragh’s background is in Natural Science and he holds a Ph.D. in Plant Developmental Genetics. Currently, he is passionate about psychedelic science and specifically the role of plant medicines and psychedelics in mental health. Darragh is currently focusing on men’s development work and psychedelic retreats in the Netherlends at the center which he co-founded, called Inwardbound. The two of us talk about Darragh’s experience of masculinity and sexuality in Ireland as well as his observations of Irish culture and how it is impacting the men that he works with. We also Talk a bit about Darragh’s work with psychedelics and how he integrates this when his men’s circles.
​
Key points
– Darragh shares some of his story
– Religion and the lack of embodiment in Ireland
– Alcohol and drinking culture
– The quintessential Irish man
– Exploring sexuality in men’s work
– Lad culture and banter
– Psychedelic ceremonies and men’s circles
– Attitudes towards psychedelics