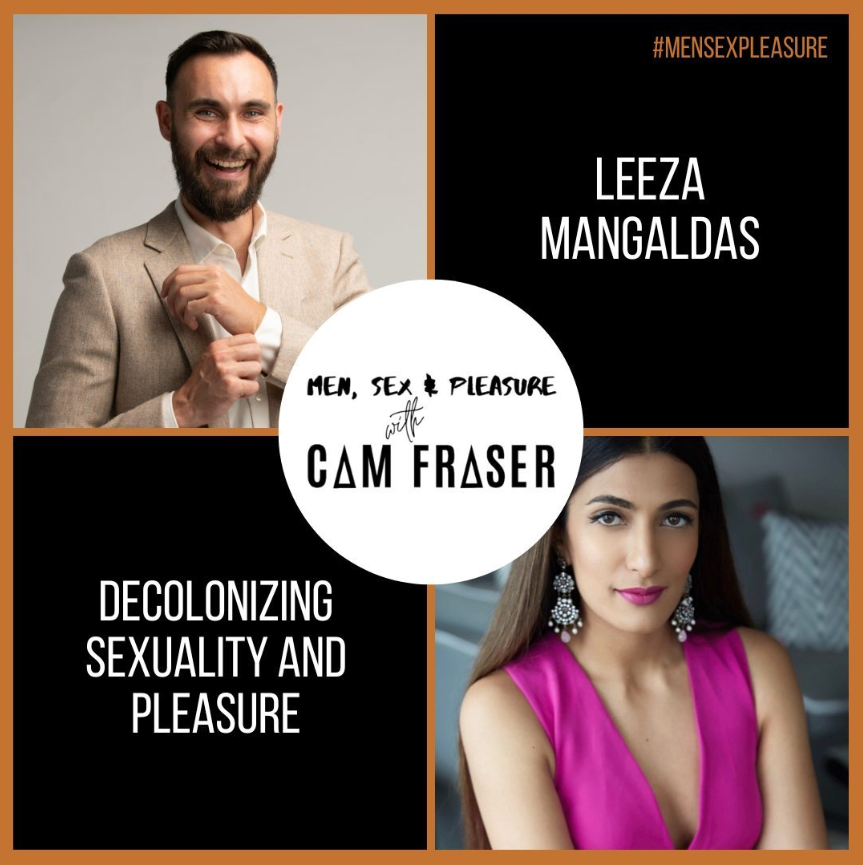 On this episode of #mensexpleasure, I chat with Leeza Mangaldas. Leeza is India’s foremost pleasure positive content creator. Given how shrouded in stigma sex is in India, Leeza started creating sex education content on YouTube and Instagram in 2017 with the intention to normalize conversations around sexuality, sexual health, gender, pleasure, and the body. Her videos reach millions of young people around India and the world, everyday. She also hosts a Spotify Exclusive podcast called The Sex Podcast by Leeza Mangaldas that provides scientifically accurate, judgement-free answers to commonly asked sex questions in Hindi. Leeza is a recipient of The Pleasure Project’s Pleasure Fellowship, and was named Sexual Health Influencer of the Year at the Cosmo India Blogger Awards this year- the first year they introduced this category. She has also been named one of GQ’s Most Influential Young Indians in 2021 and 2022, and received the Google x SheThePeople Digital Women Award for Content. Prior to establishing her digital platforms, Leeza presented several lifestyle, sports, and current-affairs shows on Indian television channels including ET Now and Star Sports, as well as contributed to global publications including Forbes.com, Elle, and Harper’s Bazaar. Leeza spent her childhood in Goa, went to boarding school in Kodaikanal, and then to college in New York City on a scholarship at Columbia University. She graduated magna cum laude with a BA in English and Visual Art with a focus on gender and sexuality in 2011. In this episode the two of us talk about her experience as a sex educator in India and the culturally specific things that she has noticed doing this work.